The retreat center has 46 retreat rooms, each with private baths and four additional rooms served by two bathrooms. All linens are provided. Wi-fi is available throughout the retreat center, but there are no phones or televisions in the rooms. They are individually air-conditioned and heated.

Thirty-four rooms have three twin beds, eight have one queen size or double bed, and four rooms have a double and a twin bed. One room has a ramp and walk-in shower for those with physical limitations.

There are also four rooms in “La Casita,” a separate section each room with s kitchen, living room, and small courtyard. Three of these bedrooms have a double bed, and one has two twin beds. There are two bathrooms and three showers. Therefore we have 122 beds 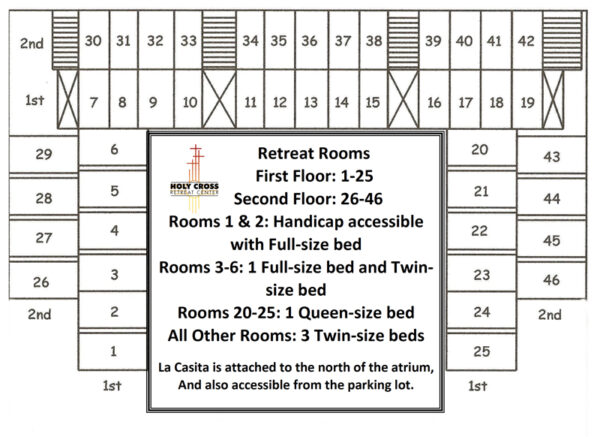 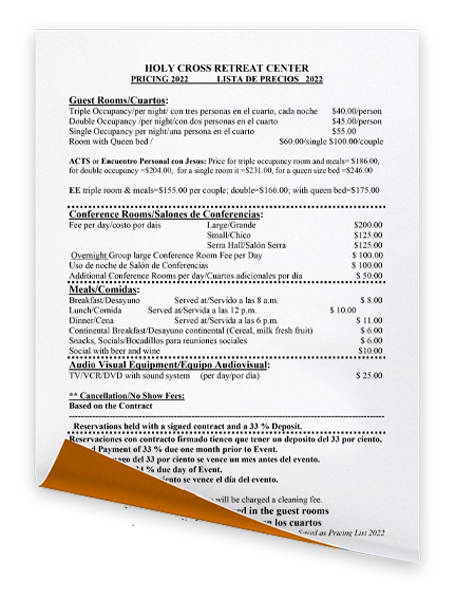